What You Should Know About Birthmarks 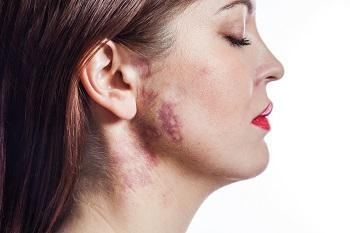 Learn some fun facts about these common skin blemishes.

Birthmarks are extremely common, appearing on about 80 percent of babies at birth. Even if you don’t have a birthmark, chances are good that you know someone who does. However, how much do you actually know about these dermatological markings? There are a lot of facts and folklore surrounding birthmarks and why they appear. Find out how much you really know!

Your Birthmark Is Not Caused By Your Mother!

There are many folk tales surrounding the expectant mother’s influence on whether or not her child has a birthmark. Some cultures believe that a birthmark is associated with the mother’s unfulfilled want or need, while others believe that certain foods that the mother eats or activities that she participates in can cause birthmarks to appear on her newborn. However, many doctors believe that birthmarks actually form before the child is even born.

Does a Birthmark Tell You Who You’ll Be?

Are you always looking for the next amazing adventure? Do people revel over all your successes? If so, some people might believe your birthmark has something to do with it. A birthmark on the back is believed to signify that the child is open­minded, while a birthmark on the right foot means you are born to be a traveler. While there is certainly no scientific evidence to prove any of this, it’s a fun superstition nonetheless.

All lore aside, many birthmarks are benign; however, it is best to see your dermatologist to have it evaluated and to make sure it isn’t malignant. There are several different kinds of birthmarks:

If you are unhappy with or embarrassed by your birthmark then you may also want to talk to your dermatologist about having it removed. Both surgery and laser treatments may be options for having your skin blemish removed.

For faster service, call our office at (757) 838-8525 to schedule an appointment. Someone from our practice will get back to you promptly.